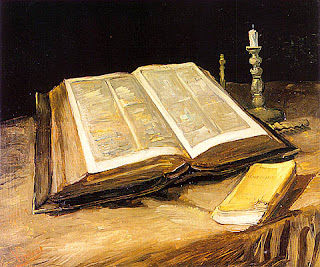 I thought I would create a post where I listed clear translation errors in Mandarin language translations (and other Classic Chinese derived languages) of the Bible that have a negative impact in the churches in Taiwan.

1. One was brought to my attention on Tuesday at our Business Lunch Introduction to Christianity Bible Study in Taipei.  It came to light this way: beginning from Deuteronomy 1:13, we were discussing how the pattern among God's people was to vest authority and rule over the church by election by the members and also ordination from someone already ordained.  We then proceeded to the New Testament to look at the passages that speak of church officers and election and ordination in order to vest them with authority.

Coming to 1 Timothy 3:11, one of the men was confused because in the most commonly used Mandarin translation, the Chinese Union Version 和合本 translates γυναικας gunaikas in this verse to mean "female deacons" when the actual meaning of the word is "women or wives".  From the context, the most likely meaning is wives.  See my exegetical paper on this text under the section titled "Discussion of γυναικας".  At the very least, the Chinese Union Version should have simply left the translation as "the women" rather than adding words, "female deacons," not any where in the original Greek.

I'll check the other major Bible translations to see whether this is a common error.

It has a major impact on the church in Taiwan in one of two ways:  Either people treat deacons as an office lacking authority, and therefore the whole issue of election and ordination patterned in Scripture is confused, or more often, they end up accepting women wielding any authority in the church, even preaching.  There are very few churches in Taiwan that will obey God's command in 1 Timothy 2:11-14 and not allow a woman to teach or exercise authority over a man in the church which is "the household of God."
Posted by taiwanchurch at 9:33 AM No comments: